A summary of the history of the ‘New Vic’ Wurlitzer, 1930 to 2016 and the development of the New Victoria Centre:

Bradford’s only ‘Mighty’ Wurlitzer made its debut on 22nd September 1930 with the opening of the New Victoria theatre. The organ was despatched from Wurlitzer’s U.S.A. factory on 20th June 1930, a Style ‘220 Special’ (Opus No. 2116), it had three manuals and ten units of pipes: Harmonic Tuba, Diaphonic Diapason, Tibia Clausa, Clarinet, Kinura, Orchestral Oboe, Violin, Violin Celeste, Concert Flute and Vox Humana.

The New Vic had two entrances, each topped by a huge dome and the building immediately became a landmark, with the domes visible to everyone entering Bradford city centre. The organ chambers were in the cinema roof and the sound emerged through a shallow grille above the proscenium. This resulted in the organ being heard well in the balcony, moderately in the circle, poorly in the front stalls and barely at all in the rear stalls, also, the organist probably had the worst seat in the house and had to cope with a considerable ‘time-lag’, making playing the organ very hard work. It was a beautiful organ, though at 10 ranks inadequate for the huge 3,500 seat auditorium (the largest in England outside London). After the war changes were made, replacing the Vox Humana with a British made ‘English Horn’, the Kinura with a ‘fuller’-sounding Krumet and additional couplers providing added versatility and volume. 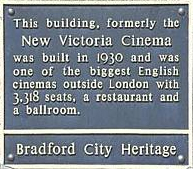 In 1950 the New Victoria was re-named the Gaumont and around this time the Theatre Organ Club held their first ever Northern District meeting there. By the mid 1960s cinema attendances had declined greatly and on 30th November 1968 the theatre closed for major alterations.

[The stalls area became a Top Rank bingo club and upstairs was re-modelled as ‘Odeons 1 & 2’ (the original Odeon having previously closed), opening on 21st August 1969.  Time caught up with the building again as the new Millennium arrived and the Odeons closed in the summer of 2000 (the Bingo club having closed some three years earlier).   For the now derelict New Vic building years of uncertainty followed, with various schemes proposed, including demolition, but the citizens of Bradford voiced their disapproval of any project that meant the famous twin domes being lost and by 2015 the group ‘Bradford Live’ www.bradford-live.co.uk were developing a project to restore the building for use as a major live performance venue.]

Acquisition of the Wurlitzer by the N.E.T.O.A.: 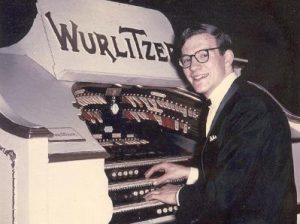 David Lowe at the Gaumont Bradford

Following the formation of the North East Theatre Organ Association in October 1968, Eric Lee contacted Frank Hare of the Theatre Organ Club for advice and he in turn passed on our interest in purchasing a suitable theatre organ to Ralph Bartlett, also of the Theatre Organ Club. Ralph made enquiries with the Rank Organisation and we were soon offered the Bradford Wurlitzer – there was only one problem, as major structural works were about to start, the organ had to be dismantled and removed within two weeks (well, there were two problems really – we also had to find the money to buy it as well!).

The money was found and some hurried telephone calls resulted in ten volunteers heading to Bradford to remove the Wurlitzer before work started converting the building. Removing the organ necessitated hundreds of trips up and down numerous flights of stairs and a final spiral staircase, carrying the smaller parts until only bulky items, such as the relays, larger pipe chests, blower, etc., were left: these were lowered from the roof with ropes down to street level. The cable connecting the console to the organ was firmly cemented into the proscenium arch so had to be cut (and all 1,000 wires inside marked!) so that the console could be removed and hauled up the aisles to be lifted onto a waiting lorry to join several other lorry loads of organ parts ready to depart for Crook.

We had been searching extensively for a home for the organ when, in March 1971, Cornforth’s United Social Club offered space for the installation of the organ in their new club building. We wanted a console lift (the original had to be left in Bradford) and found that the lift in the Odeon (originally Black’s Regal) at Byker in Newcastle upon Tyne was no longer needed and this was duly acquired, dismantled and removed.

After completing the installation at Cornforth, the Wurlitzer was opened on 21st April, 1974 by our then President, Con Docherty with Robbie Ions; Norman Green; Bill Thomas; and our star guest from the Tower Ballroom, Blackpool, Ernest Broadbent.

After successful concerts in 1974 and early 1975, on 12th October Robinson Cleaver played to a full house – little did we know that it would be ten years before the organ would be played again. Problems with access to the hall (following a change of club committee) necessitated the suspension of concerts and during January 1976 the Wurlitzer was again dismantled and moved to storage in Crook and Hartlepool. It had become apparent that the organ would never have reached its full potential in that hall due to a low level suspended acoustic ceiling and the chamber position (neither of which were as per the original plans), so we were now back to square one, looking for a new home. [Incidentally, the club closed a few years ago and the building was demolished to make way for some new houses, so we would have needed to re-locate the organ anyway!]

The Road to Howden le Wear:

We inspected many possible homes, including Theatres, Town Halls, Schools and Colleges, but none had adequate space, then in March 1976 we were informed that the Trinity Methodist Chapel in Howden-le-Wear was for sale. The building was inspected and it was decided that the organ would fit in, but obstacles needed to be overcome: planning, fire regulations, running costs, a power supply for the blower, etc., to make no mention of the cost of buying the building itself!

Following Council approval of our planning application for the change of use of the building the purchase went ahead and on 11th March 1977 the NETOA became the first group in Europe to acquire their own premises for the preservation of a theatre pipe organ.

It took 9 years to convert the building and install the Wurlitzer and, thanks to the support of the team of volunteers, the ‘New Victoria Centre’ Wurlitzer was opened at three “Sold Out” concerts in March, 1986, with our President, Nigel Ogden, playing, together with Alan Dorward, Norman Green, Robbie Ions, Joe Marsh and Bill Thomas. Everyone seemed to be thrilled with the Wurlitzer as we embarked upon our first season of concerts. The BBC recorded two special programmes by Joe Marsh and David Lowe and recordings were later made by a number of organists – the first being by Australia’s Neil Jensen.

It had always been hoped to add back into the specification the two ranks removed in the post-war changes: a Wurlitzer Vox Humana had been added before the opening concerts and in 1992 a Wurlitzer Kinura rank was purchased and added, followed by the addition of a Marimba / Harp. 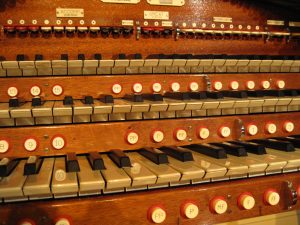 By 2003 the Wurlitzer was 73 years old and action and wiring faults were becoming evident, so an assessment was made of the restoration work necessary and we also considered what other enhancements might be made to improve the versatility of the Wurlitzer.

After much behind-the-scenes activity the NETOA applied to the Heritage Lottery Fund and in October 2004 we were awarded a grant of £49,800 and, although this was less than half the estimated cost of the work, we could now begin detailed planning (and raising the rest of the money).

The plans for total restoration of the Wurlitzer necessitated the complete removal of most of the organ in 2005. The console and chests were sent away for professional restoration and we were successful in acquiring original Wurlitzer pipework, chests, tremulants and regulators to achieve the planned enhancements. After almost two years of extensive refurbishment and rebuilding the end result was a 3 manual 19 rank all-Wurlitzer instrument controlled from a ‘Uniflex’ computer-based relay system. 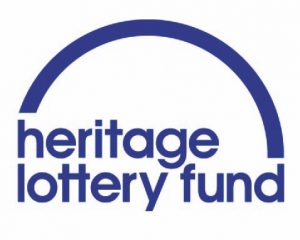 The refurbished New Victoria Wurlitzer was reopened with three “Sold Out” concerts in June, 2006 played by Simon Gledhill, Richard Hills and Joe Marsh. The Wurlitzer now had a new lease of life ready to provide many more years of theatre organ music.

The improvement in the organ was very evident, but things were not quite finished yet – the organ now needed detailed ‘Tonal Regulation’. Time for some expert help! We were fortunate in getting Ed Zollman, assisted by his wife Patti, to come across from the U.S.A. and they arrived in March 2010 and over two weeks of very long days Ed used his skills to greatly refine the sound of the organ.

Ongoing developments to the building have included a much enlarged refreshment room, improved toilet facilities with access for the disabled, new wood-effect flooring in the main hall and new carpets fitted in the Dressing Room and the Refreshment Room. Many of the cinema seats were showing signs of their age, so the best ones were fitted in the balcony whilst new linked stacking chairs were bought for downstairs, allowing these seats to be easily removed to accommodate wheelchairs, etc., and when removed completely, the ‘acoustic’ of the hall is much brighter, which is ideal when recording the organ.

The latest developments have seen improvements to the console spotlighting and presentation has been greatly enhanced with the installation of a closed-circuit TV system enabling the audience to see the organist at work with screens in both in the auditorium and the Refreshment Room. 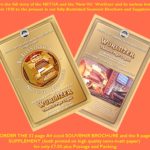 History of the Mighty Wurlitzer Theatre Organ, Howden le Wear, County Durham. North East Musical Heritage Visitor Attraction. One of Many Things To Do in the North East.